You may have heard the term sick building syndrome. But what is it? Most people spend most of the day indoors, and all the more so when the weather is too hot or cold to go outside. Whether at work or school, in a shop or gym, we spend long hours breathing air inside the room. And if there is not enough ventilation, unexpected problems can occur. 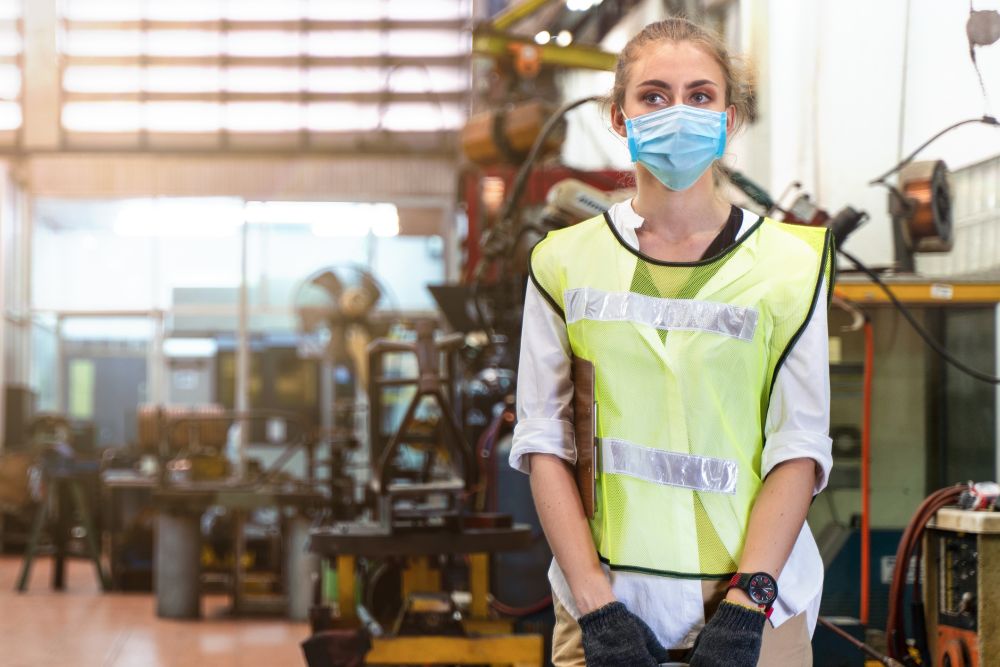 A common theory of the cause of sick building syndrome is that in the 1970s, builders and property owners became more aware of energy consumption. The builders took steps to reduce energy waste in buildings, which meant that they became tighter so they would not let air escape. Thus, chemicals and fumes released from building materials, furniture and other equipment do not have to escape from homes, offices or production halls. Typical examples are volatile organic compounds (TOS) contained in sprays, paints, cleaning agents, synthetic and building materials or wood preservatives.

The following factors are the main contributors to the sick building syndrome:

Biological impurities: This group includes bacteria, fungi, pollen and viruses - exposure to all these factors can also cause symptoms of sick building syndrome.

Signs of sick building syndrome
The symptoms that individuals experience may vary. However, headache, eye or respiratory tract irritation, fatigue and loss of concentration, nausea and dizziness, or hypersensitivity to odors and touch usually occur. These are general symptoms that may have other origins. However, if these symptoms disappear after leaving the building, then the sick building syndrome may actually be behind them.

Regularly open windows and doors can significantly reduce the problems caused by an unhealthy building. Exhale exhaled and standing air and a fresh dose will enter. But beware, if you have windows near busy roads or factories, breathing exhaust fumes is also no win.

2. On a lunch break, go for a walk outside

If you have the opportunity to go for a break in the fresh air, use it. You will change the environment for a while, you will clean your lungs and head, you will stir up blood and stretch your stiff body. You will see that you will feel better.

3. Get a quality air purifier

The air purifier removes dirt from the air before you inhale it. It is important that it has at least a HEPA filter to filter solid contaminants and a carbon filter to remove odors, hazardous gases and volatile organic compounds.

Impurities from which the air purifier helps: #1 Particulate matter

Jan 18, 2023
The air we breathe indoors is just as important as the air we breathe outdoors. But unfortunately, according to recent findings,...
air purifier, home, clean air, dust, health, pollen

5 Tips For Your Dehumidifier Maintenance

Cheap tips to save on heating this year

Sep 21, 2022
In the cold months, we all like to come home to warm up in heated rooms. However, the term room temperature is a little different...
how to choose, hygrometer, home, health, temperature, measuring instruments, heating

Hazardous volatile organic compounds. Do you have them at home?

Aug 10, 2022
Do you suffer from headaches or respiratory irritation during your stay indoors? The cause of these problems may be sick...
air purifier, home, air quality, health, volatile organic compounds

High temperatures worsen air quality. What is behind it?

Jul 21, 2022
The heat wave that has been decimating western Europe for a few days has already arrived in the Czech Republic. The weather...
air purifier, air quality, allergy, pollen, hot

Jun 22, 2022
It's here again. Summer, hot air, increased consumption of ice cream and sweaty clothes. There is nothing worse than a sweat...
how to choose, home, health, fan, hot, cooling

The best way to scent home? Forget about candles

May 17, 2022
The power permeates the atmosphere of the room and the composition for the moods of all who enjoy it. From early human history,...
scent, essential oils, home, health, aroma diffuser

Is it safe to use an air purifier? It depends on which one

Apr 13, 2022
If you suffer from allergies or simply want cleaner air at home, there is no doubt that a quality air purifier will help...
air purifier, how to choose, help, home, clean air, air quality

How to keep an allergy to your pet under control?

Mar 16, 2022
Millions of people around the world have a dog, cat or other pet at home. For many of them, their pet is a full member of...
air purifier, air quality, health, allergy

How does the weather affect your allergy?

Feb 17, 2022
Spring is approaching, the most popular time of many people. But there are those among us who do not love spring so much,...
air purifier, help, home, air quality, allergy, pollen

How to recognize high humidity in the house and how to get rid of it?

Jan 25, 2022
Dealing with excessive humidity is neither convenient nor fun. We are all stuck from too humid air and it is harder for us...
hygrometer, mold, home, high humidity, Dehumidifier

Does an air purifier help prevent the spread of Covid disease?

Nov 26, 2021
At a time when we are all spending much more time indoors, Covid-19 is gaining strength in the Czech Republic, and the question...
air purifier, coronavirus, health

Oct 21, 2021
Now that it is clear that the heating season is officially coming, you need to prepare yourself and your home for a period...
humidifier, dry air, help, hygrometer, home

Aromatherapy and its effects on body and soul

Sep 22, 2021
The obvious advantage of essential oils is their wonderful aroma. But did you know that the essence offers many benefits...
help, scent, essential oils

Can houseplants replace an air purifier?

Aug 11, 2021
Some houseplants are said to have a fantastic ability to clean the air of pollutants. But how strong is their ability? Do...
air purifier, humidification, mold, home, clean air, air quality, health

7 tips how to keep your home cool during summer

May 27, 2021
Tropical temperatures and heat waves have accompanied almost every summer in Europe lately. After all, the past decade was...
help, home

How is dust generated and how to get rid of it effectively?

Apr 20, 2021
When you think about dust, you probably would not say that these tiny particles are dangerous. But science see it differently....
air purifier, help, home, dust

How to make full use of the air purifier?

Mar 31, 2021
Have you decided to buy an air purifier? Great idea. But before you start choosing a specific model, it's a good to think...
air purifier, help, home

Not all humidifiers are the same. How to choose the right one?

Mar 24, 2021
Home is the place where we spend the most time with work or school. In home office time this is doubly true. That is why...
how to choose, humidifier, humidification, dry air

Dry winter air reduces our defenses. What with this?

Jan 27, 2021
A pleasant environment in apartments and offices depends mainly on the air temperature and humidity. The recommended relative...
how to choose, humidifier, humidification, dry air, help

Dec 21, 2020
Each of us has a proven way to create a comfortable home. Common popular household scenting methods, such as scented candles...
scent, essential oils, home office, home

How not get rid of mold in the house?

Nov 19, 2020
Mold in the home is a big scarecrow. In addition to its unattractive appearance and odour, mold can cause great health...
hygrometer, mold, home, high humidity, Dehumidifier

Why humidify the air?

Oct 23, 2020
Why should we have humid air at home? What is the optimal humidity level at home and isn't it enough to just put...
coronavirus, humidifier, humidification, dry air, hygrometer

Industry restrictions have brought a record drop in CO2 emissions

Online information on the state of the air in your region

Aug 28, 2020
If you ever feel that you are not feeling well, have breathing problems or headache, it may be due to the poor air state...
air quality

How to keep clean air at home?

May 20, 2020
Air purifier is an excellent helper, but it is not self-saving. To avoid polluting the air at home as much as possible,...
air purifier, help, home, clean air, air quality

Air humidity and its effect on coronavirus behaviour

Oct 18, 2019
A quality purifier can easily deal with pollutants that fly in the air at home. It captures viruses, bacteria, mold or...
how to choose, coronavirus, help, home, clean air